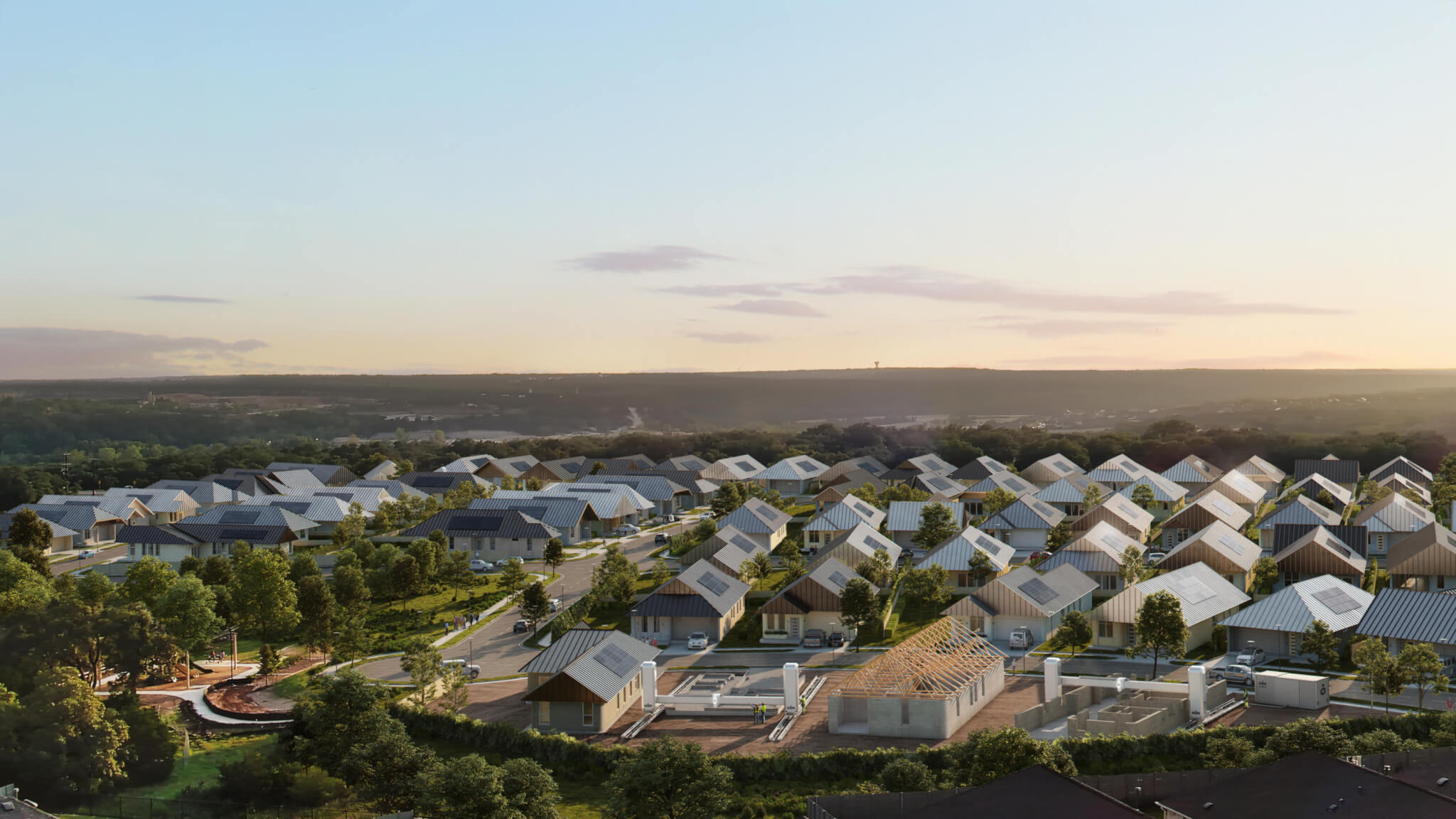 Texas-based 3D technology company ICON,  has broken ground on what will become the world’s largest 3D-printed community. The neighborhood located North of Austin in Georgetown, Texas will consist of 100 3D-printed homes codesigned by Bjarke Ingels Group (BIG) and implemented by Lennar, a large construction company based out of Florida, was first announced in 2021. The project site is within Wolf Ranch, a master planned community owned by Hillwood Communities, a subsidiary of Perot Investments.

“We are excited to welcome Lennar and ICON’s cutting-edge home construction technology to Georgetown,” Georgetown Mayor Josh Schroeder said in a press release. “The Georgetown community prides itself on honoring our past and innovating for our future, and we are eager to see the future being built right here.”

Eight unique floor plans ranging from 1,500 to 2,100 square feet of living space, with three to four bedrooms and two to three bathrooms with prices starting at $400,000. The homes will feature rooftop solar panels, Ring video doorbells, and wifi-enabled locks and thermostats.

To automate the manufacturing of homes ICON is using its Vulcan robotic construction system, a large, transportable printer that can be used in tandem with Magma, a cement mixing machine. The homes are being constructed out of Lavacrete, a durable-concrete polymer added in layers to form the structure’s facade and foundation by Vulcan. Their design blends Texas ranch vernacular with sustainable technology, providing a model for the future of large-scale 3D construction. The residences will adhere to a common design, featuring metal roofs, concrete floors, and distinct curvilinear and rib-textured concrete walls, which are the product of 3D printing.

“For the first time in the history of the world, what we’re witnessing is a fleet of robots building an entire community of homes. And not just any homes, homes that are better in every way… better design, higher strength, higher energy performance and comfort, and increased resiliency,” said Jason Ballard, cofounder and CEO of ICON. “In the future, I believe robots and drones will build entire neighborhoods, towns, and cities, and we’ll look back at Lennar’s Wolf Ranch community as the place where robotic construction at scale began. We still have a long way to go, but I believe this marks a very exciting and hopeful turn in the way we address housing issues in the world.”

While ICON has worked on a number of 3D-printed houses across Texas and North America, it has also built on barracks at the Camp Swift Training Center in Bastrop, Texas and Fort Bliss and in 2021 partnered with BIG on design for a 3D-printed Martian habitat prototype for NASA’s Johnson space center. 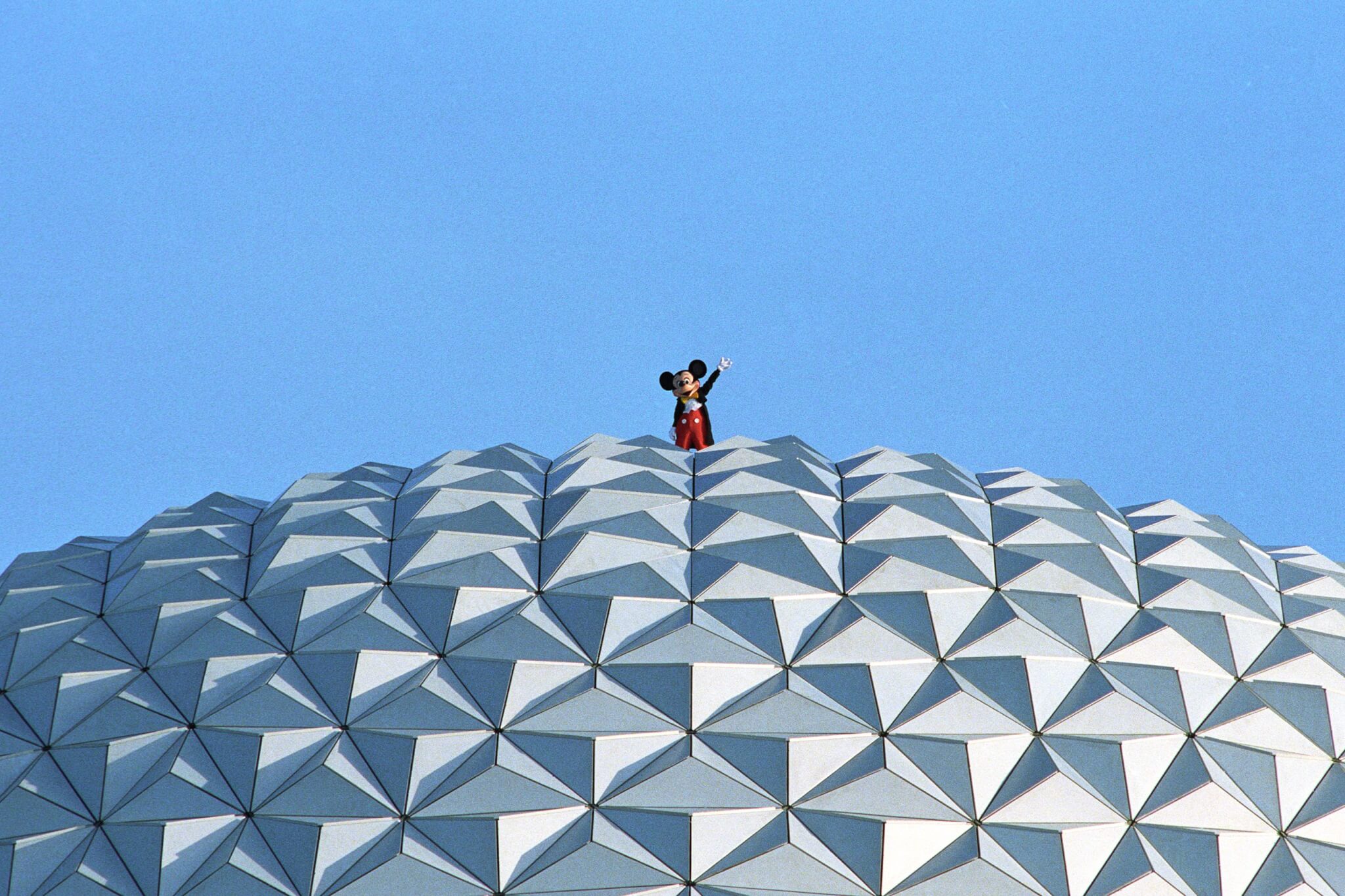 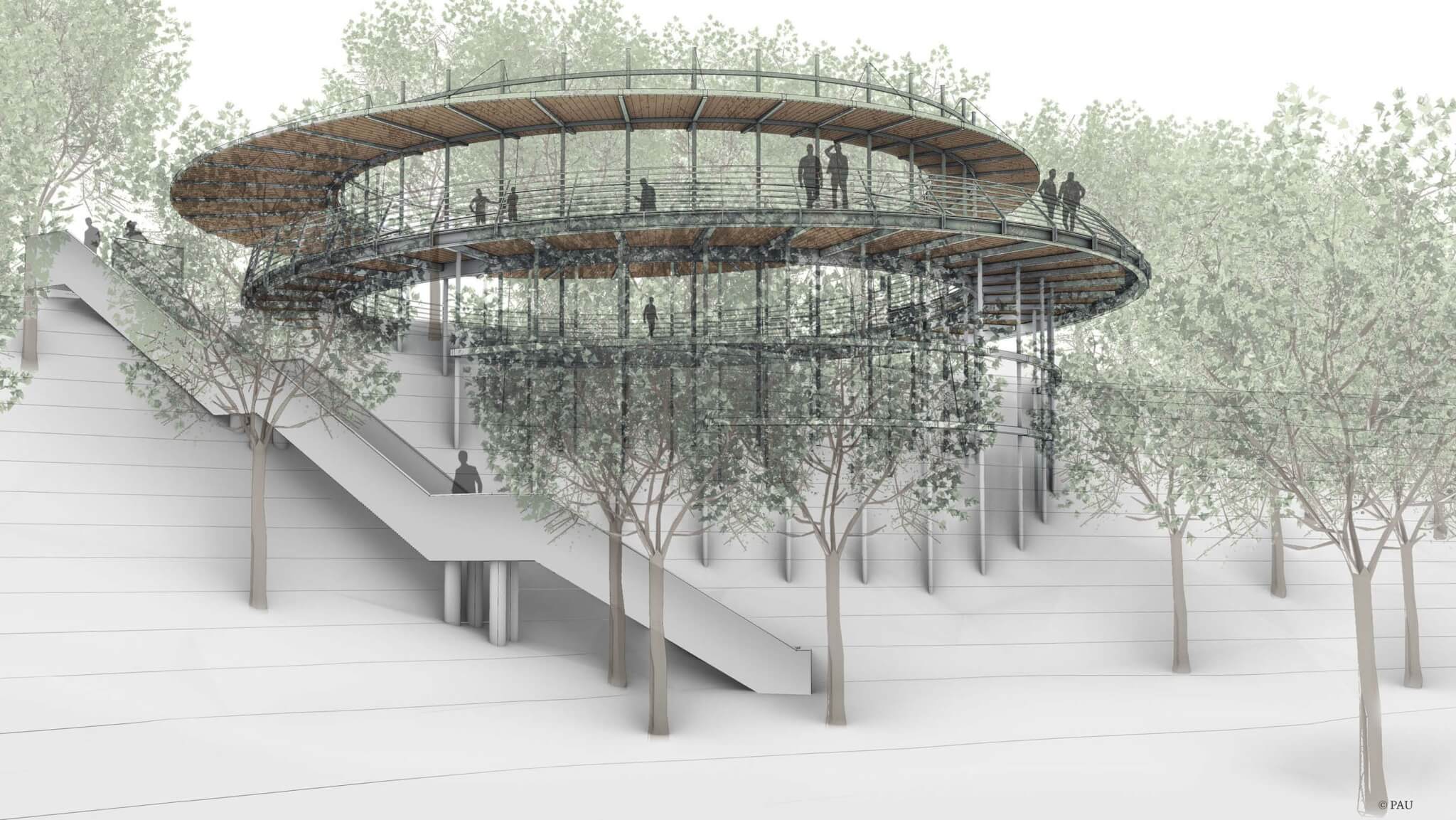 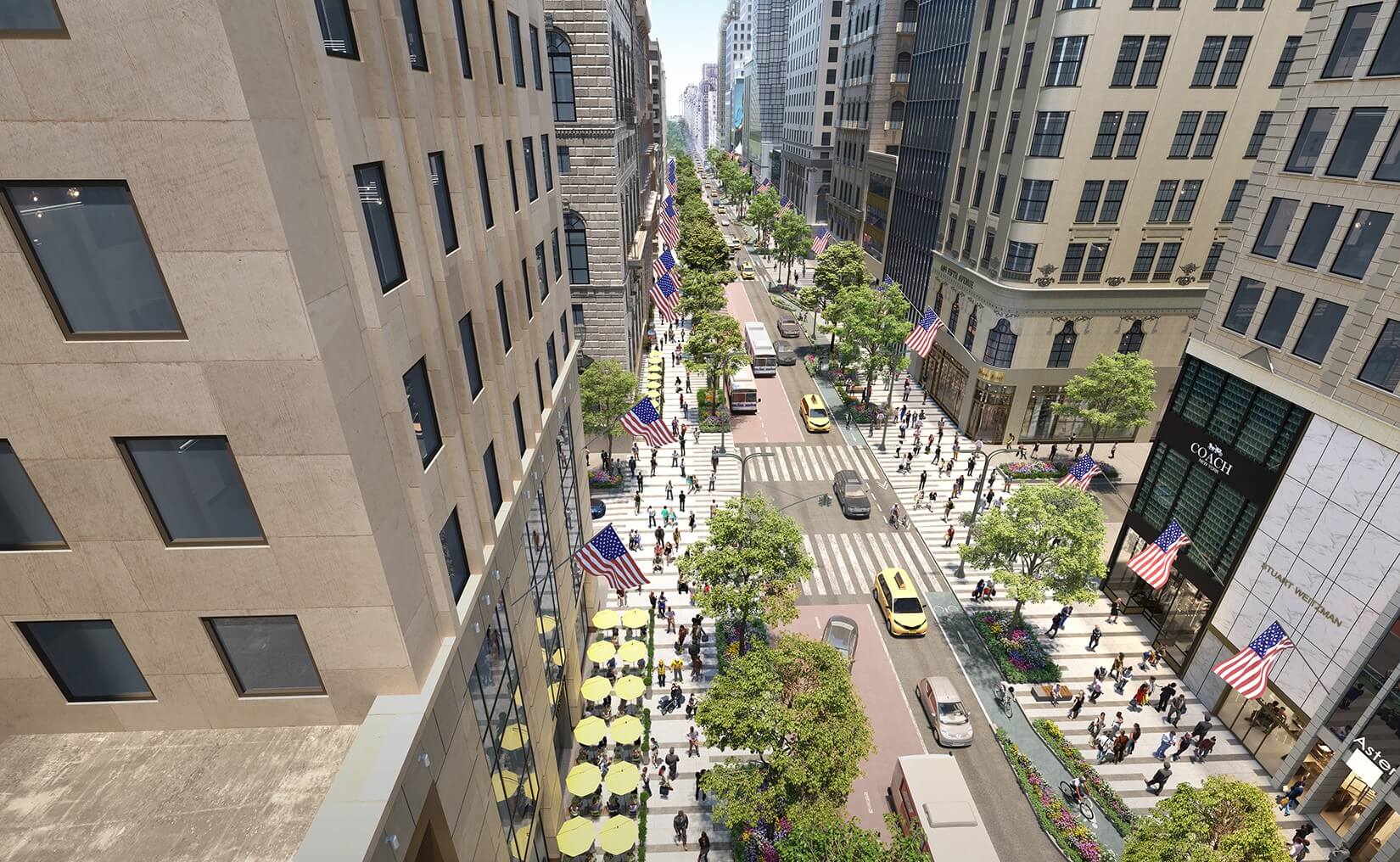 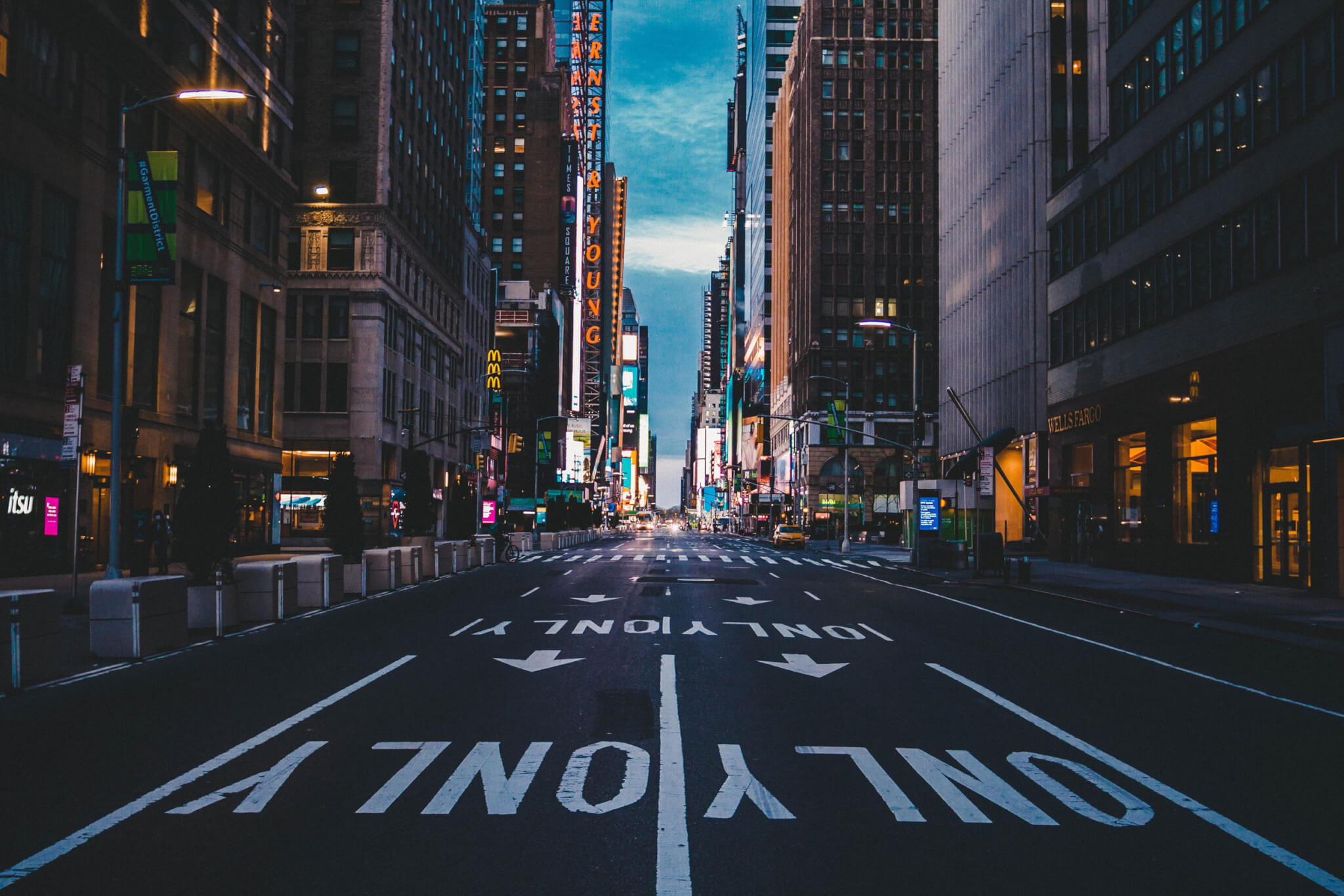 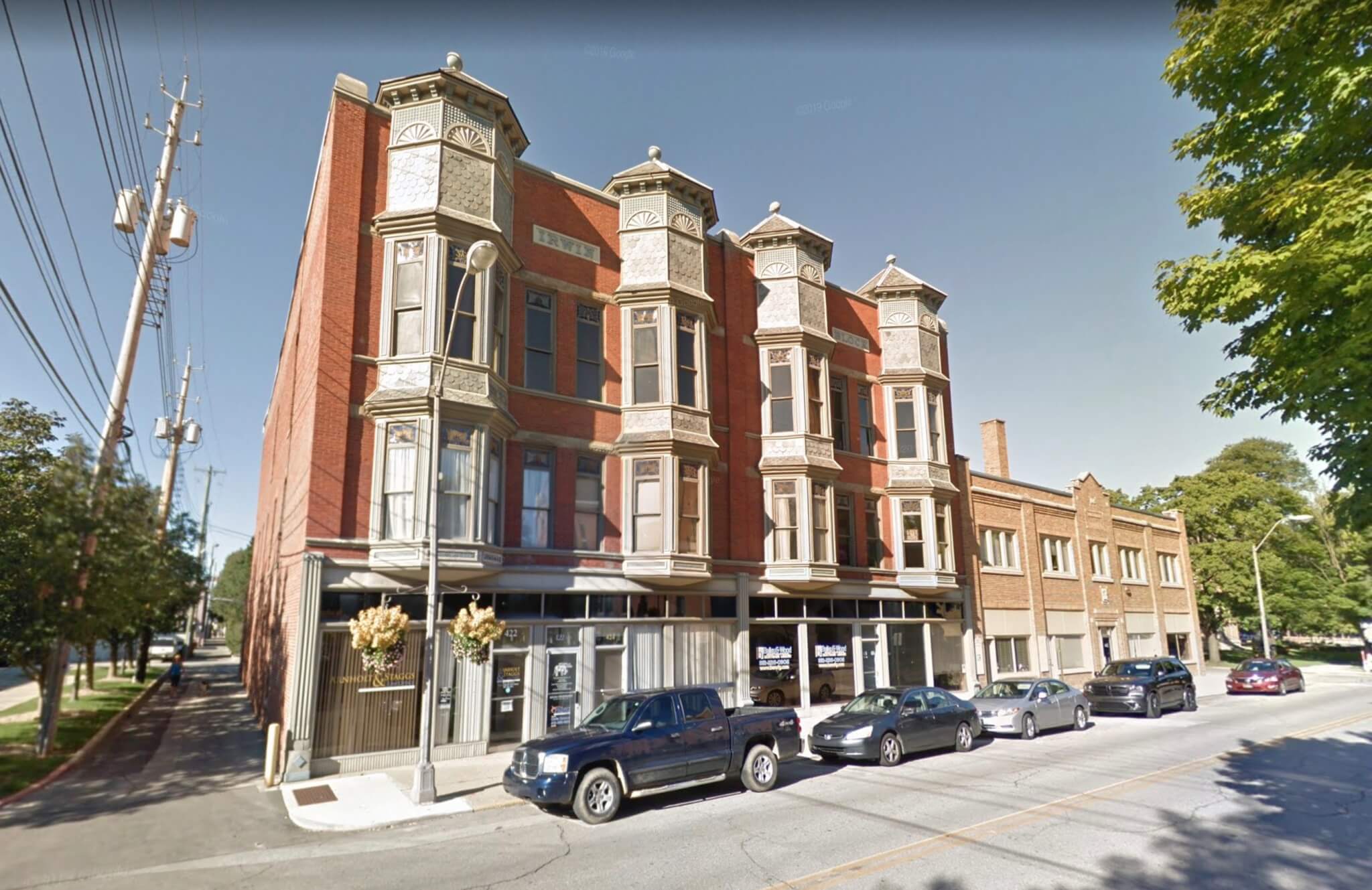 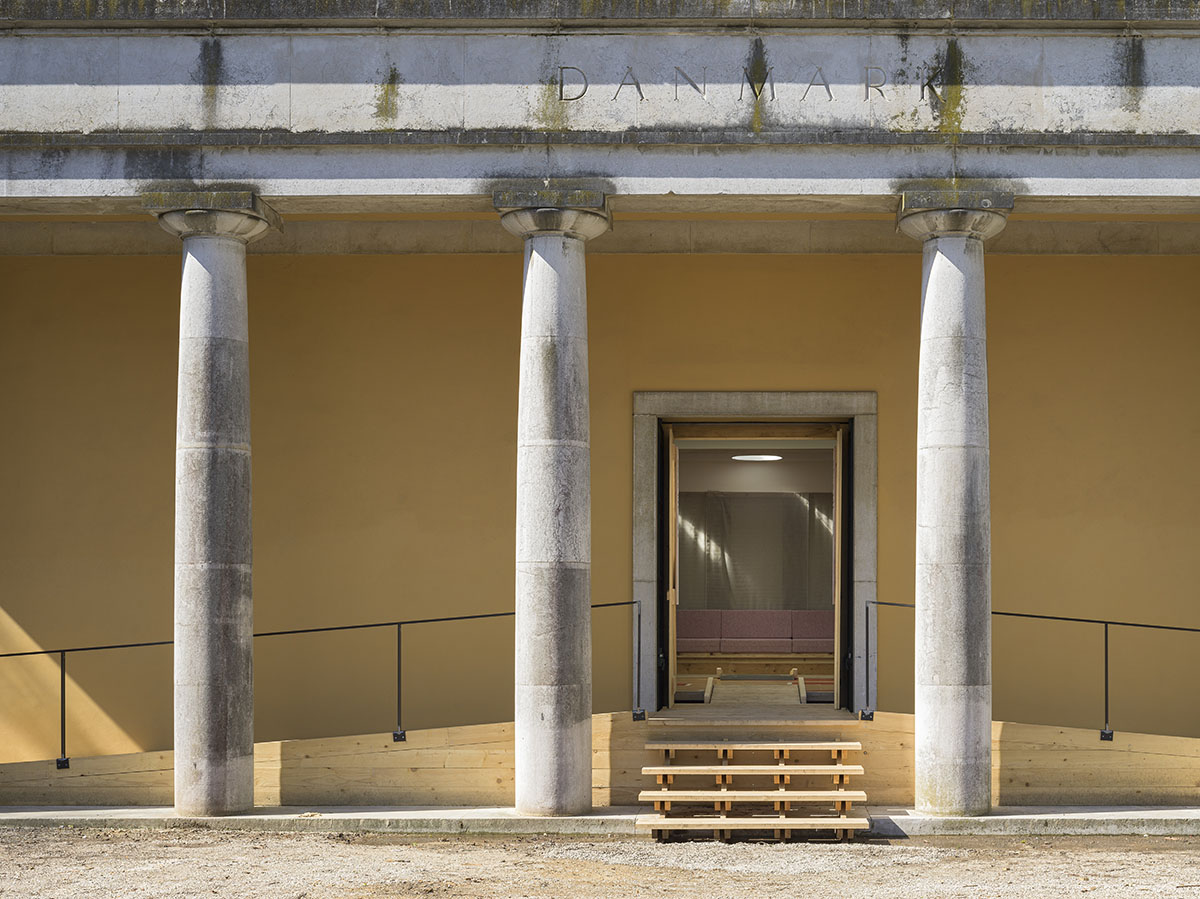